Big Bird is one of the most iconic fictional characters of all time. And yet, as puppeteer Caroll Spinney put its, no one knows the man who plays him from Adam. At 81 years old, Spinney was recognized on the street for one of the first times, and only because a fan knew him from Dave LaMattina and Chad N. Walker’s documentary, “I Am Big Bird,” which premiered at the 2015 Tribeca Film Festival.

“He’s been anonymous for so long, he’s never had the spotlight,” LaMattina said. “It’s kind of nice for him to be recognized at this point. Not for the fame or celebrity, but just to get the thanks.”

Spinney has been playing Big Bird for 46 years and the character is closely tied to his identity. Initially, Jim Henson wanted Big Bird to be a sort of Country yokel. Spinney thought it made more sense for him to be a little kid who just so happens to be a giant bird. In making that shift, he bestowed Big Bird with a beautiful innocence that has, in a way, allowed Spinney to live out a perpetual childhood on “Sesame Street.”

Spinney’s actual childhood was colored by an abusive father and intense bullying. During an interview with The Huffington Post, he remembered one time in grammar school when a group of 18 boys threatened to beat him up. His father suggested he respond with force, and Spinney recounted the memory with in the same tone he used throughout the interview — with the kind of sweet naiveté you might expect from Big Bird himself.

“My father said, ‘Pretend there’s a fly on the end of his nose and just hit it with your fist as hard as you can. He’ll probably never bother you again,'” Spinney said of the boy who targeted him most frequently. “I wish I had had the courage to try that, but I didn’t really want to hurt him. I always wanted him to be my friend instead.” 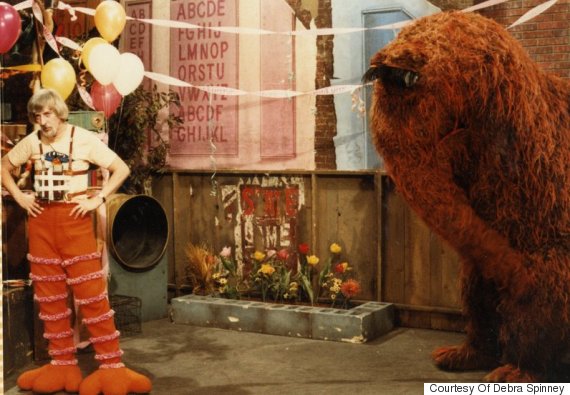 Spinney was initially hesitant to share that aspect of his life. He told LaMattina and Walker all the stories people want to hear: how he came up with the voice for his other character, Oscar the Grouch, or what it’s like to operate the Big Bird suit. But he didn’t really open up about his past on camera. It was only during breaks in filming that Spinney would sit down with the two and share those elements of his life.

“At first, he was a bit reluctant to tell those stories,” LaMattina said. “But as we went on we said, ‘This is what makes you the emotional, compassionate person that you are and actually that comes through in Big Bird.’ We felt we need to include those in the story to capture that.”

The impact of those narratives have really taken “I Am Big Bird” to the next level, and allowed it to become a beacon of hope for those who have been through some darker experiences similar to Spinney’s. “A lot of people, when we were on tour, would say, ‘This is such a relief, I was bullied when I was younger and this gives me hope for things that I can do,'” said Walker. 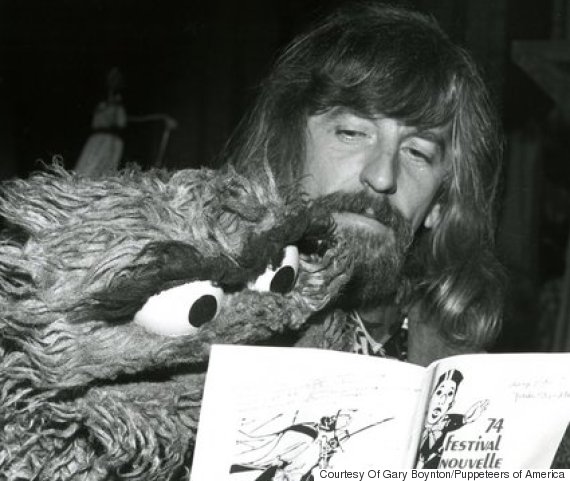 Spinney’s path to Big Bird was not easy. When he first started work on “The Muppets” over 40 years ago, he often felt alienated, like his outsider status from grade school followed him into the adult world. He spent months sleeping on a fold-out couch in Spanish Harlem, struggling to make it in New York City, followed by years in an unhappy marriage and nightmarish divorce.

Breaking up with his first wife pushed Spinney to a bad place emotionally. He opens up about that period of his life in “I Am Big Bird,” saying he was depressed and considered suicide.

“It isn’t that bad, you will find another day that’s better,” he says in the film, as both a sort of reminder to himself and bit of advice for those who are struggling. “I think no matter how black a day, if you just hold on, the sun will eventually come out for you.”

The sun truly came out for Spinney when he met his second wife, Deb. More unexpected than the tragic elements of “I Am Big Bird” is the love story that fuels the narrative. The film reveals not just the man behind the bird, but the woman who saved him, who brought him back to life and pushed him to keep going, on set and off.

“Everything has been influenced by Deb. I think if Deb wasn’t his wife, he might be a different person,” said LaMattina. “She has changed the course of his life in terms of how he approaches and deals with those darker moments.” 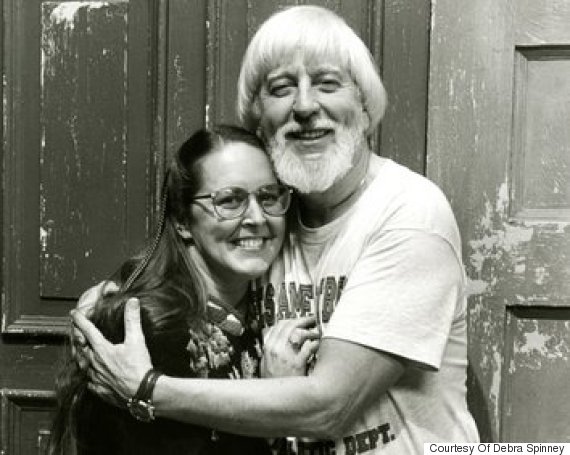 Getting to spend more time with Deb is one of the bright spots of Big Bird fading out of the show in recent years. With the rise of Elmo and an attempt to market “Sesame Street” to a younger demographic, Big Bird has been a less and less frequent cast member. Now, Spinney is glad to have a bit more time for life outside of work, but that wasn’t always the case.

It was hard for him to see Big Bird being overshadowed at first. He actually played the character that would become Elmo in the ’70s. “Back then he was one of the monsters. Of course, monsters are not horrible in our world,” Spinney explained. “Baby Monster was his name. I played him one season and then they went on to other things, but I actually used the very same puppet.”

The show changes over time, and shifts like this one are to be expected, though the directors were a bit hesitant to delve into that aspect of Spinney’s career. “We were hesitant to ask that, you know, ‘How do you feel about the fact that your character is not as popular as he once was?'” LaMattina said. “But he knows how entertainment works. He knows that Big Bird is still important even if he’s not in so many shows.”

A potential replacement for Spinney was brought on over 15 years ago. Though Spinney enjoys having more free time, he has no official plans of stopping.

It’s different than “refusing to retire,” as one of the harsher reviews of “I Am Big Bird” phrased it. The feathery yellow suit is so connected to who Spinney is as a person, both in terms of his personality and the changes he’s been able to enact in audiences’ lives. He hasn’t seen it as work in a long, long time.

Undeniably, “Sesame Street” and especially Big Bird have changed the shape of children’s television. It was the first show to turn education into entertainment. Over the years, he has taught viewers about numbers and letters, but also bigger lessons, like the bullying episode Spinney based on his real life experiences. His influence is perhaps best summed up by the fact that NASA asked Big Bird to come aboard the doomed Challenger flight as an attempt to encourage kids to be interested in the program. (Spinney said yes, but the suit was too big, and teacher Christa McAuliffe was selected in his place.)

He is a staple of pop culture. In redeeming his own childhood, he became a staple of so many others. And even as he takes a backseat to other characters, there’s no questioning he is the quintessence of “Sesame Street,” the ultimate symbol of the past almost five decades of educational programming.

“It’s hard to believe I’ve got such a great job,” he said. “It doesn’t feel like it was it was 45 years. If we didn’t keep count, I would say it feels like a good, long time, but nothing like 45 years. I mean, that’s almost half a century.”