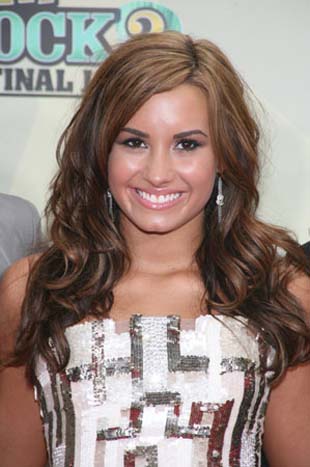 Demi Lovato has canceled her South American tour after experiencing some kind of psychotic episode. The Disney starlet who has battled eating disorders and self-mutilation, has pulled out of the tour to enter a rehab facility. A spokeswoman said Monday, 18-year-old Demi Lovato is getting.

“medical treatment for emotional and physical issues she has dealt with for some time. Demi has a long history of battling these issues. She was bullied in school, has fought through eating disorders, and has struggled with cutting.”

Demi Lovato had been on a Latin American tour with fellow Disney pop heroes the Jonas Brothers before canceling her remaining commitments during the weekend. She ended a romantic relationship with middle sibling Joe Jonas earlier this year, not that that has anything to do with it.