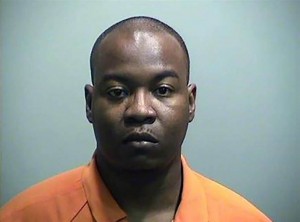 As many are aware, there is a terrifying force invading America at an increasing rate. These terrorists are able to blend in with normal society, often recruiting caretakers who will help them continue in their plot to overtake America about 25-30 years after they first appear. Yes, of course we are talking about children.

Sure, they may look all cute right now, but before you know it they are doing something horrible. Occasionally, an adult catches on and does what anyone under the command of George W. Bush would do: waterboards the ever-living f*ck out of them.

For some reason, the act of parents waterboarding children is a “thing” in America. A Michigan man may face life in prison after he waterboarded his girlfriend’s 5-year-old son on a footstool. The child’s crime? The boy accidentally ripped his backpack.

Michael Porter is accused of using belts to restrain the little boy on the back of the footstool, covering the child’s face with underwear, and pouring water over the unfortunate kid’s face.

Porter says he got the idea from a movie. According to Mount Morris Police Chief Keith Becker, Porter also abused the boy’s 12-year-old brother with a knife.

The matter came to police attention after a teacher noticed the 5-year-old acting strangely. “It’s very reassuring that our staff is paying very close attention to children and listening and doing what they know is right,” said Tricia Hill, superintendent of the Mount Morris Consolidated Schools.

Both children have been removed from the home, and Porter is being held in lieu of $400,000 bond. The boys’ mother does not currently face any charges.

Unfortunately, this sort of treatment of children pops up periodically. Last year, a St. Louis woman was sentenced to 78 years in prison for whipping and waterboarding her children in what prosecutors described as “systematic torture.” After one of the children reported to the school librarian that she had been beaten with a baseball bat because she had not cleaned the kitchen quickly enough, investigators uncovered horrific abuse. The children were ” waterboarded, whipped with electrical cords, forced into scalding or freezing showers, and beaten with an array of blunt objects,” the St. Louis Post-Dispatch reported in November 2014.

In 2010, a soldier was arrested after he waterboarded his four-year-old daughter because he failed to teach her the alphabet. Joshua Tabor admitted to police that he became “so angry” that he submerged the child’s face 3-4 times because the girl was “terrified of water.” When police went to interview the little girl, they discovered her hiding in a closet with bruises on her back and scratch marks on her neck and throat. “Daddy did it,” she told investigators. Tabor was sentenced to a mere two months in prison.

Perhaps the most famous recent case of parental waterboarding is pediatrician Dr. Melvin Morse, who was sentenced to three years for waterboarding his “longtime companion’s” daughter. Morse, author of several articles and books on paranormal science and near-death experiences involving children, denied that he was experimenting on the girl. Morse is in the process of appealing his conviction.

For some reason, some parents have adopted a form of torture that was glorified in right-wing media during the Bush years. It is, after all, “how we baptize terrorists,” according to half-wit half-term former governor of Alaska Sarah Palin.

But children are not terrorists, and torture is never a means to punish a child for a torn backpack or a lack of proficiency in the Alphabet. Children can be taught. A ripped backpack can be fixed or replaced. A child, once broken through horrific abuse is not so easily repaired.