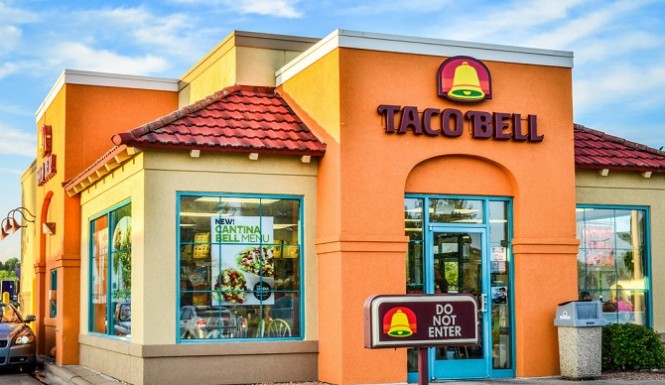 Have you ever stopped by your local Taco Bell for a quick snack or a deliciously cheap meal and thought, “This is great and all, but I’d love to be drunk”? If you answered yes to that preposterous question – like you weren’t already drunk when you went to Taco Bell – and you live in Chicago, then you’re probably going to be in luck very soon. According to Eater Chicago, a Taco Bell that is being built in the city’s Wicker Park neighborhood will not only feature a “completely new urban restaurant design” for all of the class and elegance that a Beefy Fritos Burrito demands, but management has also applied for a liquor license.

A Taco Bell joint that serves alcohol would obviously be a game-changer, as this one would be the first of its kind. Taco Bell’s wildly successful brain trust had considered selling alcoholic beverages in that fancy U.S. Taco Co. restaurant in California that we heard about last year, but that made perfect sense. The Wicker Park location will soon have the eyes of every franchise owner in the U.S. pointed right at it, as its success, which would be a lack of booze-fueled brawls and bathroom walls painted with bean burrito paste and Smirnoff Ice, could mean a fast food revolution. Just imagine being able to drink a margarita with your A.M. Crunchwrap.

As always, I can’t write about Taco Bell news without offering a suggestion for a new menu item… the Lava Sauce Shooters. Seriously, bring back Lava Sauce. I’m tired of asking, Taco Bell.