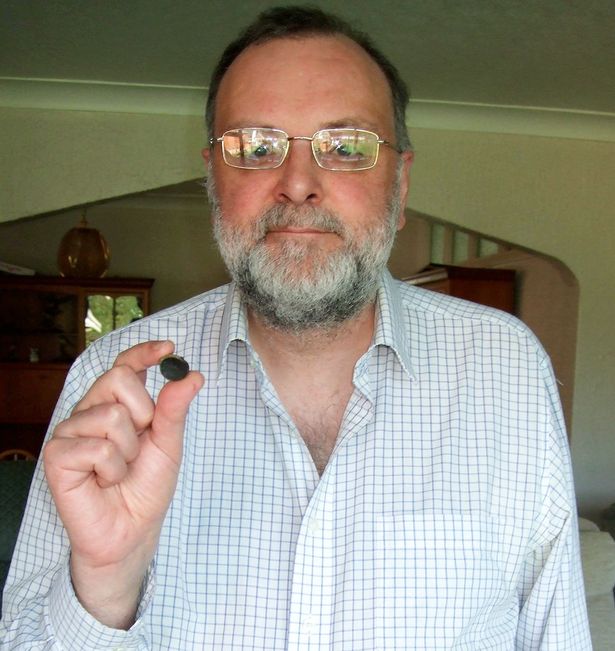 A man who regularly suffered a blocked nose feels like a right sucker after he sneezed out the cause – a toy dart stuck up his nostril for 44 years.

Stunned Steve Easton, 51, often had a case of the sniffles or a headache and put it down to hay fever.

But his nasal passages are now clear for the first time since he was a young boy after one big blow out last week cleared the problem.

He did a massive sneeze and out flew the sucker tip of a toy dart – which had been up his nose since he was a boy.

Steve says the mildly decomposed sucker has been lodged in his nasal cavity since the 1970s.

He told his mum Pat, now 77, he was amazed to find that his parents had taken him to hospital after they thought he inhaled the dart – aged seven.

Steve, of Camberley, Surrey, said: “I started a sneezing fit and it came out my left nostril.

“I thought, ‘What’s this? Where the hell has this come from?’ and pulled out this rubber sucker. I was completely blown away.

“I spoke to my mum and she said, ‘Oh yes, we took you to hospital when you were seven because we thought you had inhaled one’.”

His mum and dad Quentin, also 77, who now live in Flackwell Heath, Buckinghamshire, remembered they had taken him to hospital when he was a child.

They found him playing with his dart gun, at their home in Camberley, and noticed one of the rubber tips was missing.

Mum-of-three Pat said: “John said he’d swallowed it and there was just one of these darts without a tip.

“I took him to the hospital and they spent a lot of time looking for it but in the end they said perhaps it was a mistake.

“I knew it wasn’t and it’s always worried me and then now it has suddenly shot out.

It was weird. We are all shocked.”

Steve has suffered from hay fever and the sniffles all his life but as far as he is aware the sucker caused him no other health issues.

He had no idea it was there until in late March he was sitting at home using his computer when the dart tip, the same size as a 1p coin, fired from his nose. 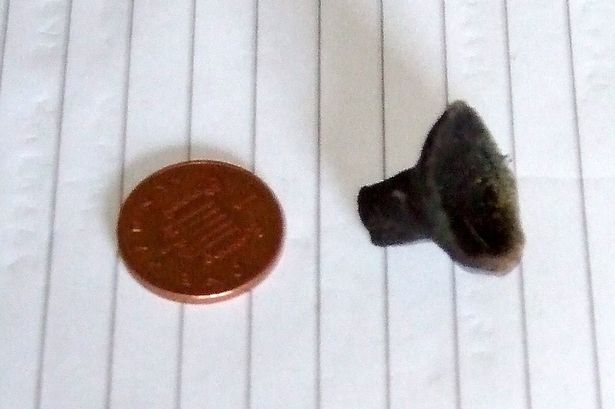 Steve added: “I bought it up with my doctor and he was amazed like everybody else but said there had been no harm done. It’s just one of those things.

“It had been there in my nasal cavity for 44 years. I was completely unaware that it was in my nose for that long. I feel no different now.