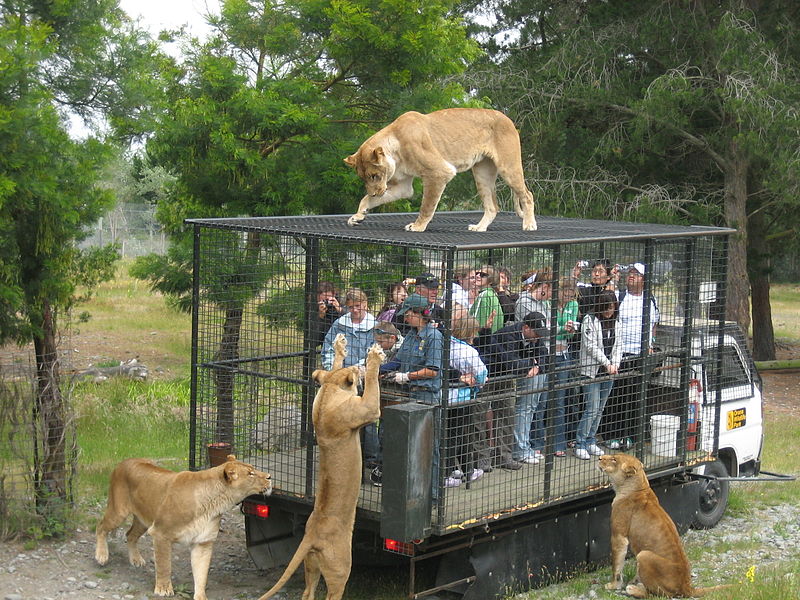 An American tourist is dead after she was mauled to death on Monday at Lion Park north of Johannesburg, a park official told the Associated Press.

The woman and another passenger were driving through the park with the windows open, according to Eyewitness News. The lion was apparently able to get inside the car, killing the woman and leaving the other passenger seriously injured.

Lion Park, in the South African province of Gauteng, did not immediately return requests for comment, but confirmed the incident and the woman’s death to Eyewitness News.

“Our staff working at the top of the camp tried to get the lion away from the car. Ambulances were called immediately but it was too late,” Lion Park’s assistant operations manager Scott Simpson said, according to The Mirror. “Emergency services arrived at the scene and tried to resuscitate the woman, but were unable to save her.”

Simpson noted to The Mirror that the fatal mauling “is not a common occurrence.”

“We have plenty of signage at the park, indicating that windows should always be closed while driving in the lion park. Brochures are handed out to all of the tourists who visit the park. I really don’t understand why people think it’s okay to leave windows open,” Smith said.

The park, which guarantees tourists “super close-up animal views,” allows visitors to drive themselves through the park. Lion Park also offers guided and electronic vehicle drives, according to its website.

The park describes itself as neither a game reserve or a zoo, though it houses more than 85 lions, including the rare white lions.

At least three other mauling incidents have occurred at the park this year, according to local media. Most notably, an Australian man was mauled by a lion in March when he drove through the park with his windows open. He survived the attack.