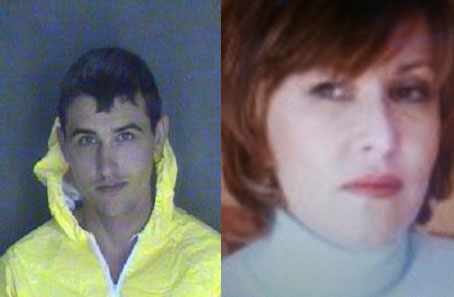 Help, the world is getting sicker and sicker, especially in Yelm, Washington!  26-year-old Bernard Howell showed no emotion or remorse when police pulled him over and found a dead woman stuffed in a sleeping bag.  The sleeping bag laid in plain view in the passenger seat of a pickup truck Howell was driving.

An officer had pulled Howell over after speaking with a tipster who was explaining that a man had asked him to help move a dead body. Bernard drove by the police officer as he was talking to the tipster.  The cop soon pulled him over.

Police say that Howell’s excuse for being in procession of a dead body was to spear the family the funeral expenses. This bizarre story doesn’t end here. While being arraigned in court  for second degree murder, Howell denied killing the woman but had a shocking announcement. He admits to having repeated sexual intercourse with the corpse.

The victim is 60-year-old-Vanda Boone, a New Yorker who recently moved to Yelm and was a member of a Yelm based cult called Ramtha’s School of Enlightenment, led by JZ knight. It appears that she had been stabbed to death.

Bernard Howell is definitely a bizarre hot mess for being a 26-year-old man having sex with a 60-year-old dead woman. The worse thing is he probably killed her.  Asylum Please. Is there a cure for this insanity?