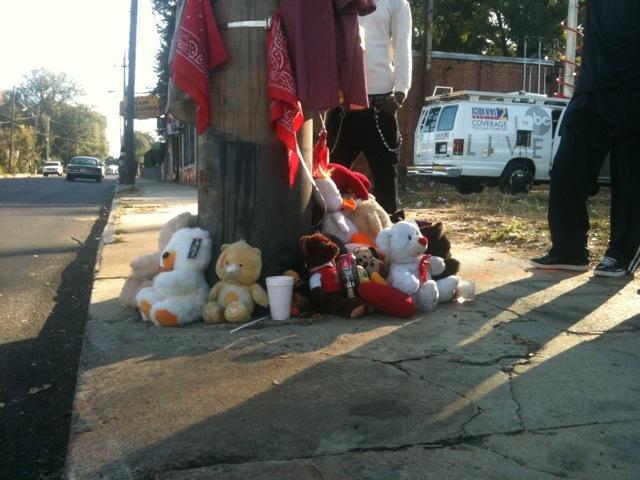 Tossing eggs during Halloween while living in the  Hood can be dangerous. An Atlanta teenager may have been fatally shot after a Halloween prank, according to police.  Police officals says that on Sunday night around 8 p.m., at the intersection of Joseph E. Boone Boulevard and Joseph E. Lowery Boulevard. a  an egg hit someone’s car and the driver drove away. The driver returned to the scene with a gun. Maj. Keith Meadows of the Atlanta Police Department stated:

“It appears the victim in this case was standing at an intersection when the suspect approached him, produced a handgun, and discharged the weapon at least ten times, striking the victim.”

The shooter was described as a black male in his late teens or early 20s, wearing a red M & M jacket. Police said the gunman was driving a gold, four-door Mercedes with a red temporary tag. No charges have been filed yet.