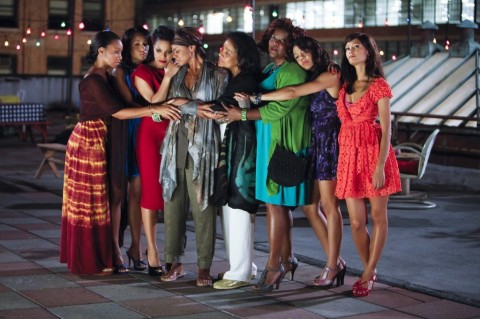 For Colored Girls was a feminist theatrical portrayal of the disenfranchisement of African-American women that rocked the American stage in the 1970’s. Tyler Perry’s attempt to recreate the stage version into a motion picture got real messy as he applied his Tyler Perry movie making recipe to the project. For Colored Girls was filled with the choppy scenes and exaggerated dramatic dialogue so typical of a Tyler Perry production that he might as well had appeared himself in the film as his typical Big Black Man In Drag character Madea.

The star-studded cast of Janet Jackson, Phylicia Rashad, Loretta Devine, Anika Noni Rose, and Kimberly Elise was good bait to draw fans out in droves to ingest the mess.