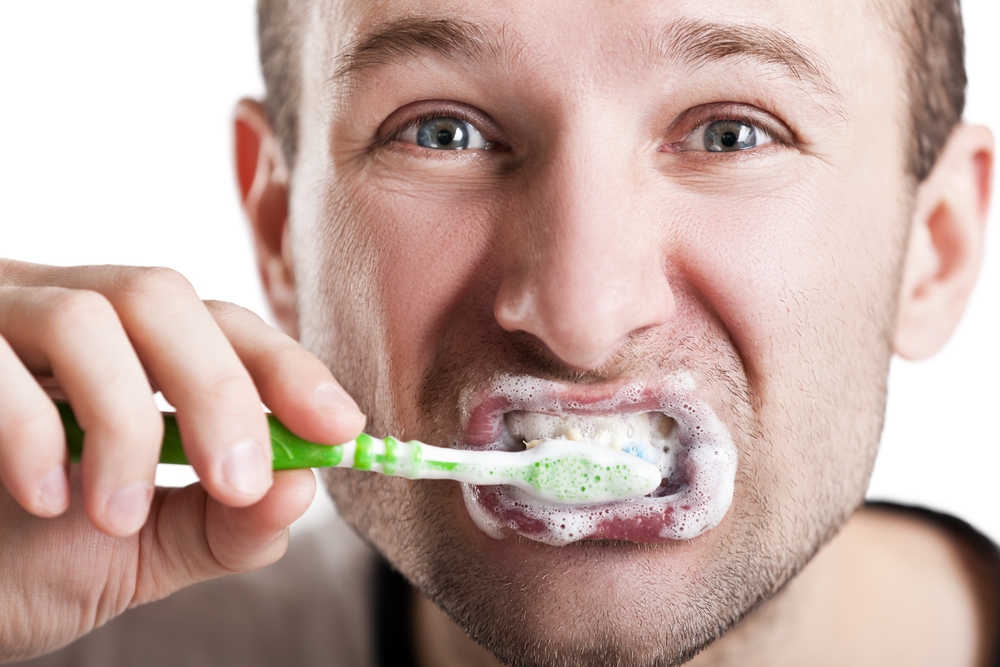 No matter what you do (hot water, cold water, sterilizing it in mouthwash) your toothbrush likely has poop on it. Also, where you keep the toothbrush in your home has only a minimal effect on whether or not your poop or the poop of your roommate ends up on those bristles rubbing against your gums.

According to a new study, there is a 60 per cent chance your toothbrush is covered in poo, regardless of how well you clean it.
And that’s not all. If you share a bathroom, around 80 per cent of that faeces will belong to another person.
The research looked at the spread of something known as fecal coliforms in communal bathrooms at Quinnipiac University in Connecticut.
Fecal coliforms are rod-shaped bacteria found in human faeces and can spread onto a toothbrush through the air through actions such as flushing the toilet.
‘The main concern is not with the presence of your own fecal matter on your toothbrush,’ said Lauren Aber, a student involved in the study at Quinnipiac University.
‘[It’s] when a toothbrush is contaminated with fecal matter from someone else, which contains bacteria, viruses or parasites that are not part of your normal flora.
All toothbrushes in the study were collected from participants using communal bathrooms, with an average of 9.4 occupants per bathroom.
Regardless of the storage method, at least 60 per cent of the toothbrushes were contaminated with faeces.
There were no differences seen with the effectiveness of the decontamination methods between cold water, hot water or rinsing with mouthwash.
And all of the toothbrushes regularly rinsed with mouthwash had growth indicating fecal contamination.
Fecal coliforms were seen on 54.85 per cent of toothbrushes, which has been seen in previous studies.
There is an 80 per cent chance that the fecal coliforms seen on the toothbrushes came from another person using the same bathroom.
‘Using a toothbrush cover doesn’t protect a toothbrush from bacterial growth, but actually creates an environment where bacteria are better suited to grow by keeping the bristles moist and not allowing the head of the toothbrush to dry out between uses,’ said Aber.

So the poop bacteria flies into the air when you flush and lands on your toothbrush. Solution: NEVER FLUSH. That, or get an extremely low-flow toilet. But the better solution is to obviously NEVER FLUSH YOUR TOILET AGAIN.