A sixth-grader in Savannah, Georgia, learned this week that prank calls are not emergencies.

On Tuesday, the boy hand-wrote an apology to emergency officials after he called a 911 dispatcher, said “deez nuts,” and hung up, according to a Savannah-Chatham Metropolitan Police press release. He said his friends dared him to do it.

His parents weren’t impressed, police say, and drove the boy to the Savannah 911 Center to read his letter to staff members.

“I know this was stupid but I was not listening to myself but I knew it was wrong,” the boy wrote. “Please forgive me for what I said. I know there will be consequences for my actions and I will not complaine [sic] about them.” 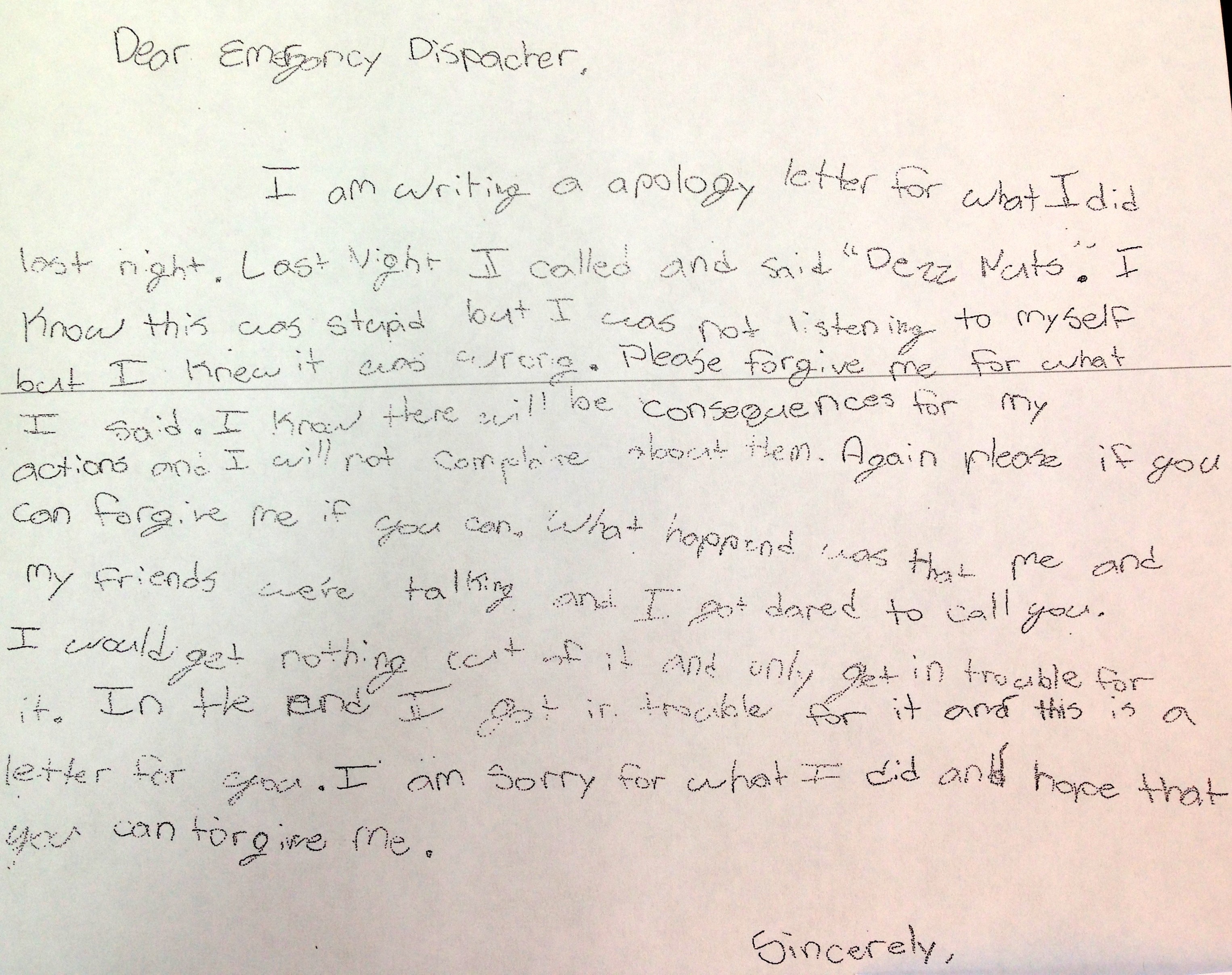 The boy’s parents have grounded him, which the police said was adequate punishment. Emergency officials turned the incident into a learning experience, and gave the boy and his family a tour of the facility.

Lt. Jeff Olson was so impressed with the parenting skills that he called the parents to thank them. “Things like this prove that we do make a difference, one person at a time,” he said.

This kid is certainly not the only person to take liberties with his calls to emergency dispatchers. Case in point: A man in British Columbia who used the service to complain that his hamster was being aggressive and having babies. And let’s not forget the Wisconsin brothers who called 911 looking for Santa (he’s in the North Pole, kids).