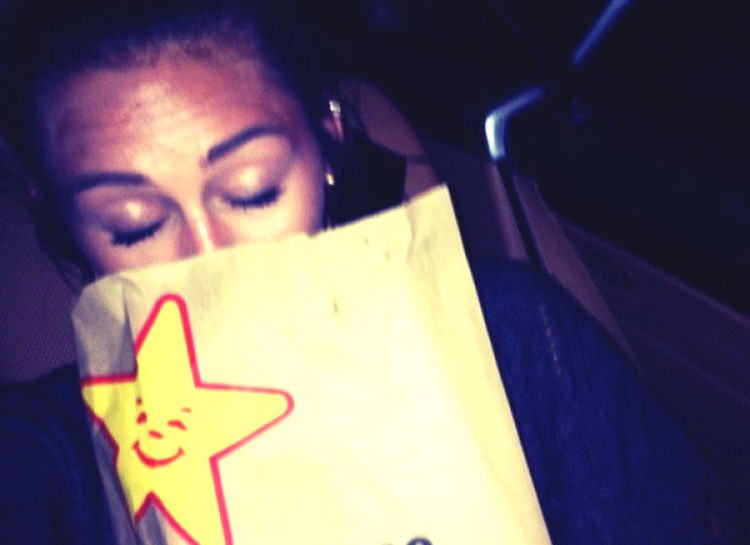 MILEY CYRUS
As rumors were spreading that superstar Miley Cyrus was anorexic, she went to Twitter to refute the claims. She attributed her weight loss to giving up gluten for health reasons. Unfortunately, this meant that she had to give up her favorite fast food from Carl’s Jr. She posted a pick of her smelling the food since her body will not allow her to eat it. 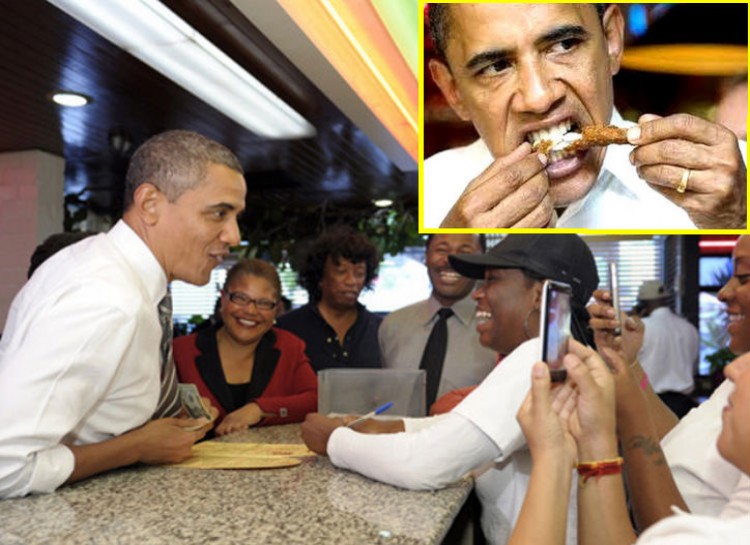 PRESIDENT BARACK OBAMA
Roscoe’s House of Chicken ‘n Waffles is a Los Angeles-based fast food restaurant. During his re-election campaign, President Obama stopped by the Los Angeles location to grab a bite to eat prior to a fundraiser. His order consisted of “The Country Boy,” which is a platter of three chicken wings served with a side of waffles. He is such a fan they even named a menu item after him.