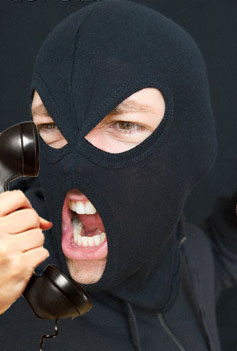 a man who robbed a Wendy’s restaurant with a gun was so mad about the amount of loot that he called back twice to complain.

The man walked up to the drive-through window of an Atlanta Wendy’s late Saturday night, wearing a ski mask and holding a gun.

He demanded the cash drawer, grabbed it and ran away.

But police say he later called the fast food restaurant to complain about the amount of cash.

Police say in one call he said that “next time there better be more than $586.”

He called again to make sure he spoke to a manager.