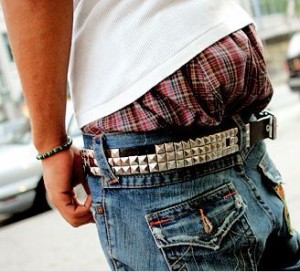 Crack is wack and its definitely not sexy to show the world your plaid Walmart specials.  But the move some cities across America are making to ban the “hot mess” act of wearing droopy pants exposing droopy underwear suffered a setback recently.  A Riviera Beach Florida judge has decided a town law banning sagging pants is unconstitutional after a teen spent a night in jail accused by the “Fashion Police” of exposing too much underwear.

Although we think this act is a hot mess, we have to go with the judge on this one on freedom of expression.