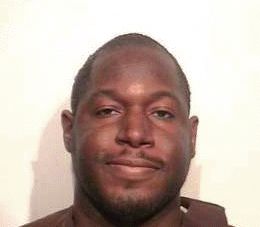 A man held a woman captive in handcuffs and an adult diaper for three days while he read Bible passages to her, police said.  The woman, Shykea Boykin, escaped while her said to be kidnapper slept and banged on neighbors’ doors until the cops came.

Remember the intro to the song Method Man off the  Wu-Tang Clan album “Enter The Wu-Tang: 36 Chambers“.  where Raekwon, Method Man, Ghostface Killah, and U-God competed to see who could come up with the craziest torture method.  Well Troy Brisport, featured in the mugshot, would have blown them out of all the chambers.  I could hear him now.

“I’ll fuckin, I’ll fuckin kidnap you and handcuff you to the bed.  Strip you down naked and put you in some Depends for like a whole week and shit.  And while you there starvin, pissin’, and shitin on yourself, I’ll just keep readin and readin and readin the Holy Word of God.  Now thats Torture.”