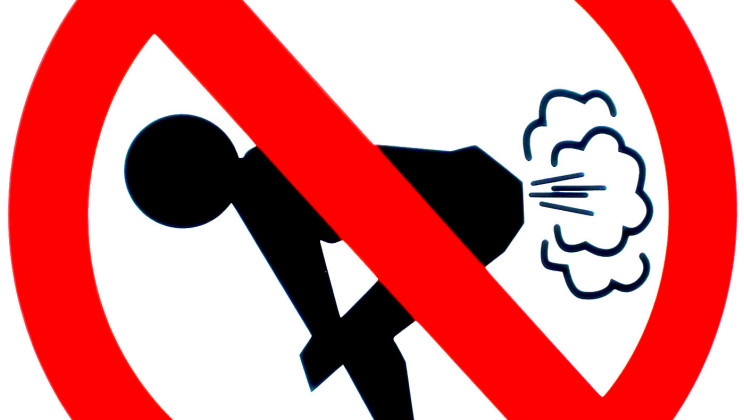 A resident of Pendleton, Oregon, has written a letter requesting the city council ban the smell of farts in the community, but he has a good reason to be raising a stink.

Last week, the City of Pendleton updated its nuisance ordinances to cover the smell of marijuana, NBC reported at the time. That means that even though recreational marijuana will be legal in Oregon starting in July, a person can be fined up to $500 if someone complains they smell marijuana coming from that person’s property.

In a letter published in the East Oregonian on Thursday, someone who signed his name as Peter Walters merely asked that council members take the next logical step and start regulating a far more noxious scent:

It was with great relief Thursday when I read in the East Oregonian that Pendleton’s city council took the time to pass an amendment to the city’s nuisance ordinance banning marijuana odor. Clearly, there has been no issue of greater importance facing the city. Now that this important work has been completed I hope that the council will move on to restricting the other offensive smell that plagues our community: farts.
Walters, who is pretty clearly mocking the marijuana ordinance, notes, “Some habitual farters argue that they need to fart for medical reasons but that doesn’t mean my kids should have to smell their farts.”