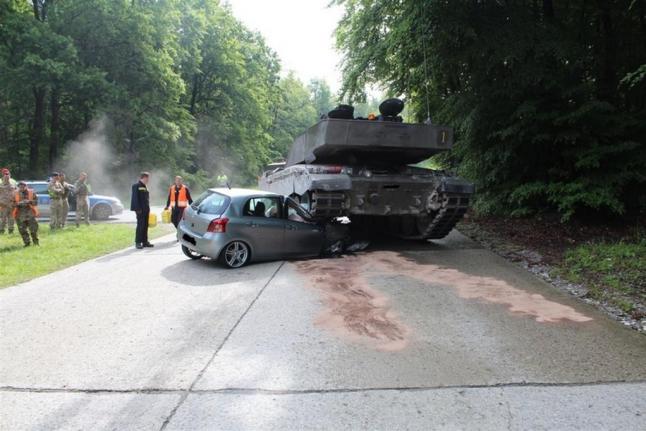 AUGUSTDORF, German police said a student driver narrowly escaped being flattened by a British tank, but her Toyota wasn’t quite as lucky.

Lippe police said the 18-year-old student driver pulled out in front of a British military procession Monday in the town of Augustdorf and the tank driver, a 24-year-old member of the British armed services, was unable to stop the military vehicle before it crushed the front end of the Toyota hatchback. 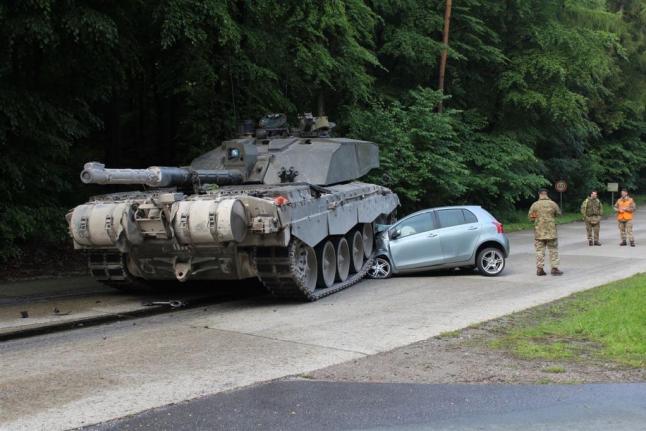 The Challenger 2 tank was not damaged, but the Toyota, worth an estimated $13,401, was totaled.

The Toyota’s driver was not injured.