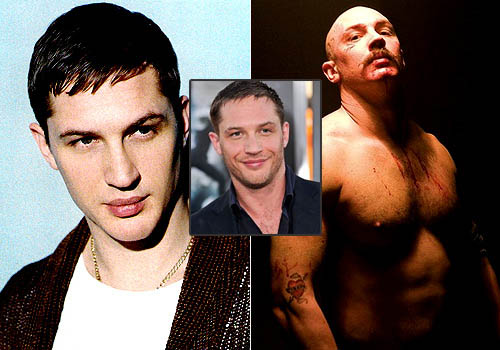 Now Magazine asked ‘Inception’ star Tom Hardy –The stud that every woman has been drooling over for the past couple weeks– if he ever had been sexual with Men.   Check out how he jumps out the closet with this one.

I’ve played with everything and everyone. I love the form and the physicality, but now that I’m in my thirties, it doesn’t do it for me. I’m done experimenting but there’s plenty of stuff in a relationship with another man, especially gay men, that I need in my life.

A lot of people say I seem masculine, but I don’t feel it. I feel intrinsically feminine. I’d love to be one of the boys but I always felt a bit on the outside. Maybe my masculine qualities come from overcompensating because I’m not one of the boys.

“I have definite feminine qualities and a lot of gay men are incredibly masculine,” Hardy said, elaborating on his apparent bicuriosity. “A lot of gay men get my thing for shoes”.

Ok there are a thousand questions begging to be asked but here are a few:

What is she thinking?

What kind of things do she get  into?

How will she provide the thing he needs from a gay man in there relationship?

How will his son cope with the all the teasing he is going to get about his hunky famous dad coming out the closet so boldly and openly?

The world may never know the answer to these questions — Yea Right with Hardy being so open we will definitely learn about the juicy details of  his current relationship.